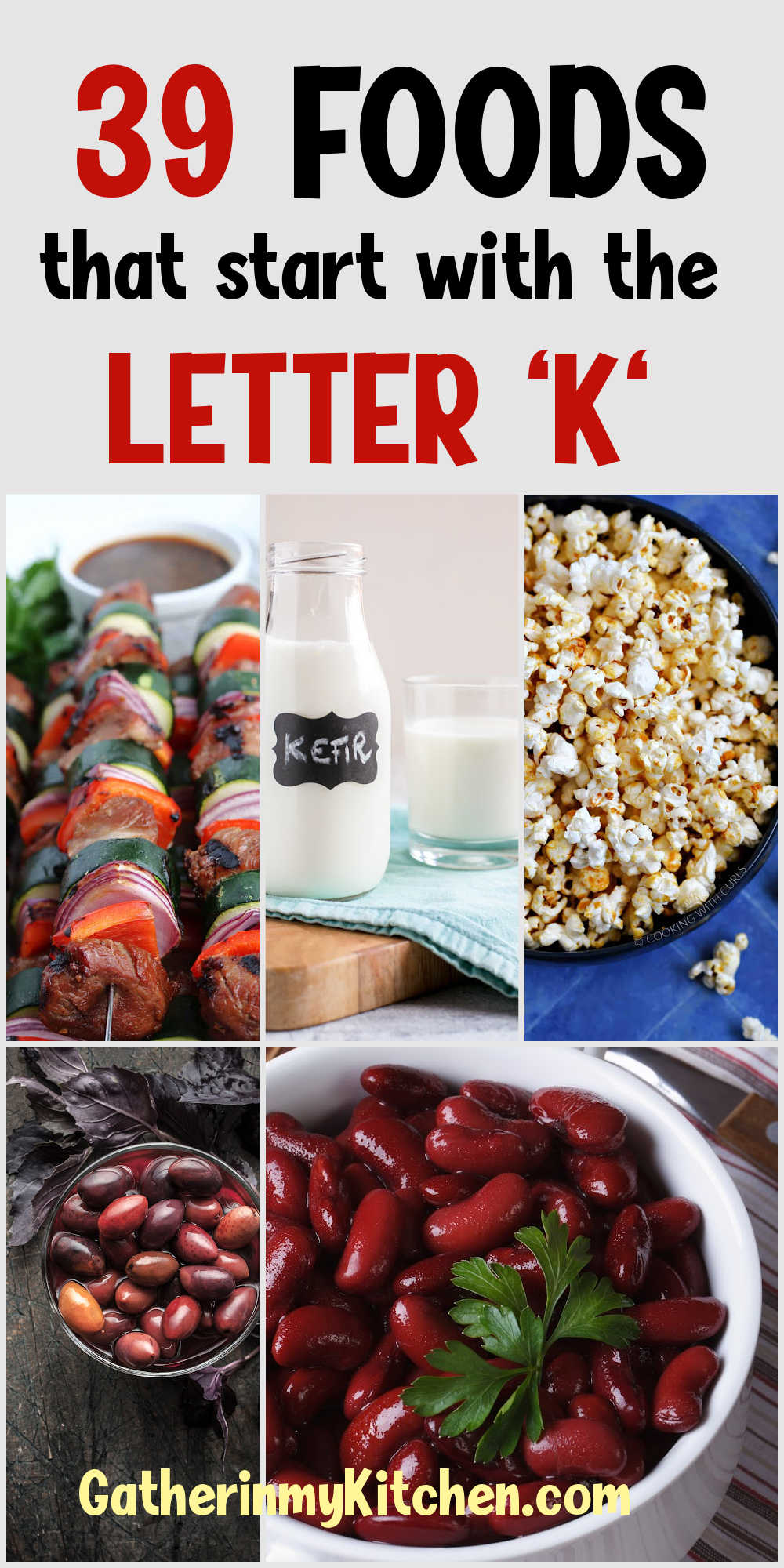 If you are wanting to know foods that start with K, you'll want to check out the following list. We included many fruits, vegetables, meats, and dishes.

There are many different types of foods that start with the letter k. This includes both vegetables and fruits, as well as meat and other types of food.

Each one has its own unique flavor and set of nutrients that make it a valuable part of a healthy diet.

Some of the most popular k-foods include kale, kiwi, and kumquats.

Foods that Start with K

Kale is a green leafy vegetable that is part of the cabbage family. It is a superfood that is packed with nutrients and antioxidants.

Kale has been shown to improve heart health, reduce inflammation, and boost brain function. This versatile veggie can be eaten raw, cooked, or juiced.

Kabobs are a type of food that consists of meat and vegetables that are skewered on a stick, and then grilled.

Kabobs can be made with any type of meat or vegetable, and are a popular summertime food. They are often served with rice or potatoes.

Krab, spelled with a 'K' is artificial crab meat. You can find it with canned meat and fish in the grocery store.

Kefir is a type of fermented milk that originated in the Caucasus Mountains. It is made from cow's milk, and has a sour, slightly effervescent flavor. Kefir is rich in probiotics, and has numerous health benefits.

Kasha is a type of grain that is native to Eastern Europe. It is made from roasted buckwheat, and has a nutty flavor. Kasha can be eaten as a hot cereal, or used in pilafs, soups, and stews.

King cake is a dessert that is popular in the United States during Mardi Gras. It is made with a dough that is similar to brioche in a wreath shape. The cake is topped with icing and sprinkles.

Kohlrabi is a member of the cabbage family, and is a green or purple root vegetable with big leafy green leaves. Kohlrabi can be eaten raw or cooked, and has a slightly sweet and nutty flavor. This vegetable is an excellent source of vitamins C and K, and fiber.

Kidney beans are a type of legume that is named for its kidney-shaped seeds. Kidney beans are a good source of protein, fiber, vitamins, and minerals. They can be eaten cooked or canned, and are often used in chili and other hearty dishes.

Kielbasa is a type of sausage that originated in Poland. It is made from pork, beef, or lamb, and is seasoned with garlic and other spices. Kielbasa can be grilled, baked, or cooked in a stew or soup.

King mackerel is a type of fish that is found in the Atlantic Ocean. It is a large fish, and can weigh up to 100 pounds. King mackerel is an oily fish, and is a good source of omega-3 fatty acids. It can be grilled, baked, or smoked.

Kimchi is made with fermented vegetables and is popular in Korea.

It is made from cabbage, radishes, and other vegetables, and seasoned with chili peppers, garlic, and ginger. Kimchi is an excellent source of vitamins A and C, and has numerous health benefits.

Kombucha is a type of fermented tea that originated in China. It is made from black or green tea, and has a slightly sour, effervescent flavor. Kombucha is rich in probiotics, and has numerous health benefits.

Kelp is a type of seaweed that is found in the oceans of the world. It is a good source of iodine, and has a mild, slightly salty flavor. Kelp can be eaten raw or cooked, and is often used in soups and stews.

Ketchup is a type of sauce that is made from tomatoes, vinegar, sugar, and spices. It is typically used as a condiment on hamburgers, hot dogs, and other dishes. Ketchup is also an ingredient in many other sauces, such as barbecue sauce.

Kahlua is a type of coffee liqueur that is made from coffee, sugar, and vodka. It has a strong coffee flavor, and is often used in desserts. Kahlua can also be used in mixed drinks, such as the White Russian.

Kettle corn is a type of popcorn that is flavored with sugar and salt. It is a popular snack food, and can be found at many fairs and carnivals. Kettle corn is also sometimes made at home in a kettle or pot.

King crab is a type of crab that is found in the waters of Alaska and Russia. It is a large crab, and can weigh up to 10 pounds. King crab is an excellent source of protein, and is delicious.

Key lime is a type of lime that is named for the Florida Keys, where it is grown. It is a small lime with a tart, acidic flavor. Key lime is used in many desserts, such as key lime pie. It can also be used to make key lime juice.

Key lime pie is a dessert that is made with key lime juice, eggs, and sweetened condensed milk. The filling is usually placed on top of a graham cracker crust or a pastry crust. It is then baked until set. This pie is often served with whipped cream or ice cream.

Kvass is a type of fermented beverage that originated in Russia. It is traditionally made from rye bread, and has a slightly sour, effervescent flavor. Kvass is rich in probiotics, and has numerous health benefits.

A knish is a type of pastry that is filled with potato, onion, and cheese. It is a popular snack food, and can be found at many delis. Knishes can also be made at home.

Kreplach are a type of Jewish dumpling that is typically filled with meat or potatoes. They are boiled or baked, and are often served in soup. Kreplach can also be fried.

Kugel is a type of Jewish casserole that is made from noodles, eggs, and cottage cheese. It is typically baked, and can be served as a side dish or a main course.

Korma is a type of Indian curry that is made from meat or vegetables, yogurt, and spices. It is a mild curry, and is often served with rice or Naan bread.

Kabocha squash is a type of winter squash that is native to Japan. It is a green squash with a deep orange or yellow inside and has a sweet, nutty flavor. Kabocha squash can be roasted, baked, or pureed, and is often used in soups and stews.

Kyuri are a type of cucumber that are native to Japan. They are a long and thin cucumber with a crisp, refreshing flavor. Kyuri are often used in salads or as a garnish.

Kung pao chicken is a dish made with chicken, peanuts, and chili peppers. It is typically served over rice.

The dish gets its name from the kung pao, or Sichuan, pepper. This pepper is often used in Chinese cuisine and has a spicy, numbing flavor.

Kiwano is a type of fruit that is native to Africa. It is a small, orange fruit with a slightly sweet flavor. Kiwano can be eaten raw or used to make juice.

As the name suggests, kitchen sink cookies have a little bit of everything in them, except for the kitchen sink. Many times they are made with chocolate chips, pretzels, caramels, and nuts.

Kangaroos are a type of marsupial that is found in Australia. They are a popular source of food in New Zealand and Australia. Kangaroo meat is high in protein and low in fat, making it a healthy choice for people who want to eat red meat.

Kenaf is a type of plant that is native to Africa. It is a tall, green plant that is related to the hibiscus plant. Kenaf leaves are often used in soups or stews.

This variety of sweet potatoes is mainly found in New Zealand. It is made into many different types of dishes, including sweet potato wedges and sweet potato fries.

Kalamata olives are a type of olive that is native to Greece. These olives are deep purplish black in color.

They have a rich, slightly salty flavor. Kalamata olives are often used in Mediterranean dishes such as salads, pizzas, and pasta.

Kiwi is a small, hairy fruit that is native to China.

Kiwi is an excellent source of vitamins C and E, potassium, and fiber.

This tart yet sweet fruit can be eaten raw, cooked, or made into juice. You can find it in most grocery stores.

Kiwi berries are a type of fruit that is related to the kiwi. They are small, round, and have a greenish-brown skin. Kiwi berries are sweet and tart, and can be eaten raw or made into jam.

Kaffir lime is a type of citrus fruit that is native to Southeast Asia. It is a small, oval-shaped fruit with a strong, acidic flavor. Kaffir lime leaves are often used in Thai cuisine.

Kumquats are small, round citrus fruit that is native to China.

Kumquats are tart and slightly sweet. They can be eaten raw or cooked.

You can also eat the skin of the kumquat and is often used in jams and jellies.

Final Thoughts About Foods that Start with K

There are many different types of foods that start with the letter k, including vegetables, fruits, meat, grains, and dairy products.

Each of these foods has its own unique flavor and texture, making them a delicious addition to any meal.

Whether you are looking for something new to add to your dinner menu or you are just curious about what all of these "k" foods are, we hope that this article has been helpful. 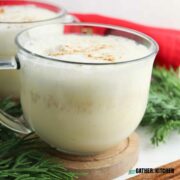 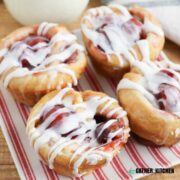 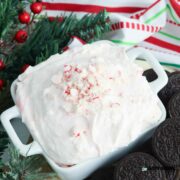 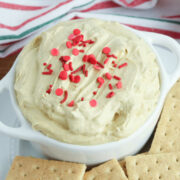 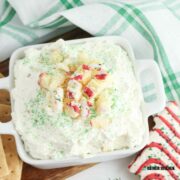 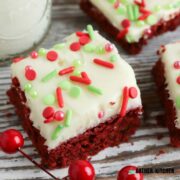 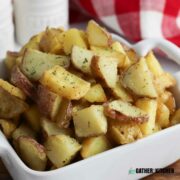